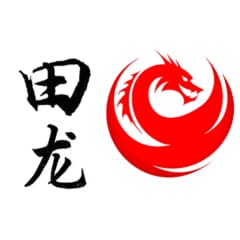 Your company constitution vests the power to appoint a secretary and determines the secretary’s terms of office in the Board.

When appointing a secretary, it is the board’s legal obligation as per Section 171 of the Companies Act. The specifics state that the board must take all reasonable steps to ensure that the secretary has the requisite knowledge and experience to execute his/her duties successfully.

Whenever appointing secretaries, boards look for people who hold the mandatory professional and/or academic qualifications. If a vacancy arises in the office of a company secretary the mandate is undertaken by a deputy secretary or an assistant.

Duties of the Secretary

A number of duties are placed upon the secretary. In many cases, such duties vary from compliance work to an advisory role, according to the size and complexity of the company and on the terms agreed between the secretary and the company.

In this respect, he/she is personally liable for his/her actions, not least in regard to the statutory duties and he/she will be liable to the penalties laid down in the Companies Act for an officer in default. The responsibilities of a secretary include but are not limited to:

For your company to adhere to ACRA’s statutory requirements, your company secretary must fulfil a number of duties. These include:

The company secretary bears the responsibility of organising board meetings starting from the date, time and location. They must also keep records of present members, absent members and those absent with apology.

They oversee the entire process of the meeting to make sure that company rules are followed and all decisions are reached formally and unbiasedly.

Before the AGM, your company secretary must prepare the agenda by consulting the chairman and notifying all members as per the constitutional requirements and the Companies Act.

During the meeting, he/she must ensure the quorum is reached and help the chairman to take minutes of all the discussed agenda items.

Your company secretary is mandated to make sure the constitution is adhered to all year round by providing or obtaining advice for directors in relation to its implementation as well as the Companies Act.

Your company secretary has a number of duties when it comes to shareholders. These include overseeing share allotments, issuance of shares, and transfer of shares. They also bear the responsibility of managing matters regarding shareholders’ queries.

Your company secretary acts as a bridge of communication when disseminating matters to non-executive directors from other company members.

Your company secretary helps the directors to execute virtuous corporate governance practices that go a long way in managing the day-to-day operations in your company.

Your company secretary bear the responsibility of keeping the company seal safe and ensuring it is used as it should be.

Your company secretary ensure that all official publications including business letters, notices and many others bear your company’s name as well as the company’s Unique Entity Number.

Your company secretary bears the responsibility of making sure all procurements, restructuring, mergers, etc., are effected in accordance with the company’s best interests.

Your company secretary oversee all ongoing overseas operations as per the stipulated laws and procedures laid down in the constitution and the Companies Act.

Duties Owed to the Company

The company secretary is the one to take action on the adherence of all relevant statutory duties, protection of the company’s business interest, the practice of good corporate governance, and remains present at your registered office address for reachability.

Duties Owed to the Board

The company secretary is the main servicing person by which the decision-making of the company is implemented and by which reporting procedures are co-ordinated. In undertaking these tasks, the secretary formulates agendas for meetings with the chairman, organises board and company papers prior to their circulation, attends and takes minutes of the meetings, advises the chairman on the procedures at the meetings and certifies and authenticates formal documents and minutes.

Duties Owed to the Shareholders

The company secretary is required to be in constant communicating with all shareholders with the purposes of making sure that their interests are protected, and their participation is guaranteed when it comes to making key decisions at the AGM.

Now that you have comprehensively learnt about duties owed by company secretary, if you are a company owner or a shareholder in Singapore who needs further guidance, contact Tianlong Services today and we will take it up with you every step of the way.